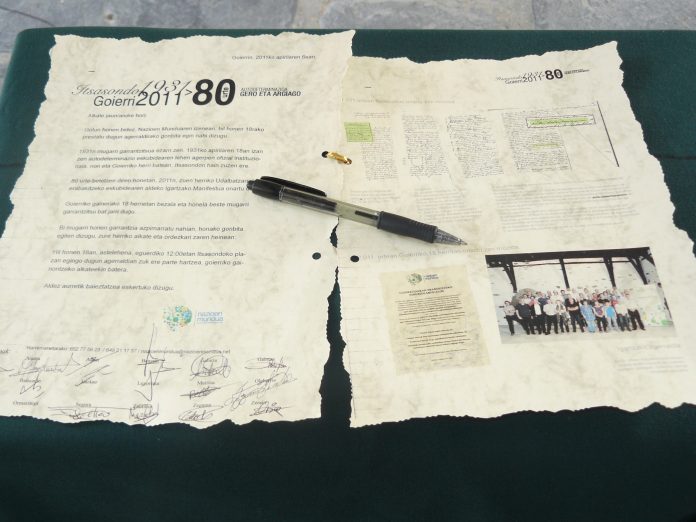 The Basques have been inclined by inertia to follow the Spanish national calendar. We have traditionally accommodated to the bank holidays set by the Spanish, both in the religious and secular or political domain, without calling it into question. We are as a result familiar with Spanish events and history, but we hardly know our closer history. The same goes for the declaration of the Basque Republic.

14 April 1931 is entrenched in the memories of many Basques in connection to the establishment of the Second Spanish Republic. By contrast, few are acquainted with the fact that many Basque town halls saw a declaration of the Basque Republic. A number of Basque nationalist mayors and councillors had the courage to take distance from the monarchical model, and declare a native republic for our People. The councils of Zumaia, Azpeitia, Getxo, Arama, Zaldibia and Itsasondo, to mention but a few, firmly declared the self-determination right and the Basque Republic, placing the authority of that republic in the Basque Country.

On nearing of the date 14 April, we have grown accustomed to visualize and recall the declaration issued in the Eibar town hall… The site has become a gathering point for Spanish leftists who celebrate the milestone. That was a declaration of the Spanish Republic, as we all know. However, we Basque nationalists should be aware that other councils in Gipuzkoa and Biscay made public declarations of the Basque Republic during the same dates. Jose Antonio Agirre himself, the later lehendakari (president) of the autonomous Basque Govt during wartime, also proclaimed it, while placing it in a Spanish Republic within a federal arrangement.

In 18 April 2011 Itsasondo, a town in Gipuzkoa, played host to a tribute festival commemorating the declaration issued there 80 years ago on 18 April 1931. The event, organized by the popular movement NAZIOEN MUNDUA, was attended by all the representatives of the region Goierri. The journalist Mikel Aramendi, a son of the town, led the event in which the representatives of the 19 towns in the area, mayors and councillors, signed a manifesto along the lines of the self-determination declaration passed in Itsasondo 80 years ago.

NAZIOGINTZA thinks that it is about time we commemorate and honour the declaration of 1931. We are determined to stress its relevance, and wish to remind all Basque nationalists and supporters of independence where our roots lie, and where we are heading… However, that only does not satisfy us, so we are bringing up a proposal to declare the Independent Basque Republic in all municipal councils of the Basque Country on 14 April 2019. 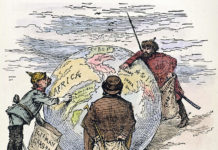