Home Opinion BASQUE IN THE OCEAN OF LANGUAGES 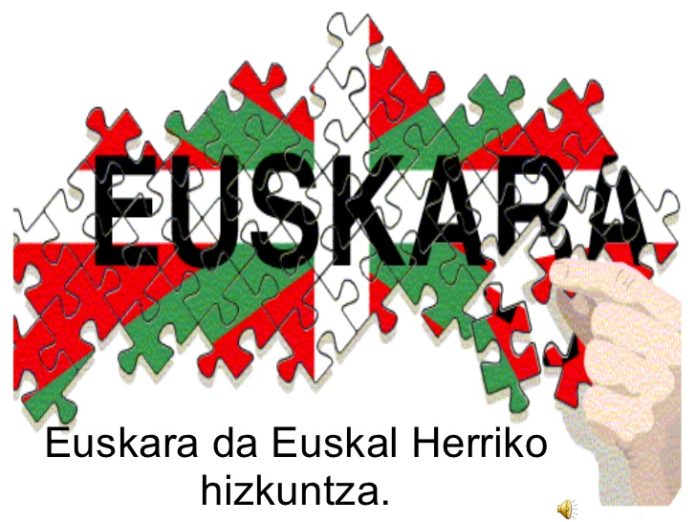 The website of the Soziolinguistika Klusterra reads as follows: “The Sociolinguistic Cluster aims at becoming a referential agent of R&D and Innovation in the area of sociolinguistics, playing an active role in the quest for Basque revitalization and normalization process”. Hence, one would gather that in the present-day situation Basque is in need of revitalization and normalization, and its status is not as healthy as it should, standing risk of extinction. However, the sociolinguists in this 15 year-old Cluster do not specify the path they will pursue, the means they will use, the different stages planned, the obligations institutions and society are willing to adopt, i.e. they have not presented an urgent, serious language planning that our present-day linguistic situation requires.

Their newly released 2019 activity report reads instead as follows: “[the projects intended] aim at identifying the 100-plus languages existing in the Basque Country, expanding the mapping project started in Gipuzkoa last year” (daily NAIZ, 24/04/2020). Wow! In a time when all red flags are up for Basque language, the task of our specialists comes down to counting and studying languages brought over from abroad. How does this project possibly relate to the commitment stated in their website, “the reason for existence of the Cluster is to advance in the challenge of revitalizing Basque”?

A member of the Cluster states in an interview held on the daily NAIZ that “we held before that the Basque Country was home to three languages, but we have over one hundred presently, so a proper management of this reality requires first of all its understanding”. He surprisingly omits that Basque is the native language, without further elaborating on historic or sociologic analyses, as if languages prevailed or multiplied on their own. Not only do we have hegemonic languages that hold us back, but we also should now take into account the languages brought over from abroad by a number of people who live among us. Instead of focusing on the means to introduce newcomers into Basque culture and language, we shift our efforts into designing linguistic maps. Well, we denounce the message hidden under the expanding discourse of language diversity, i.e. an attempt to erase the identity and cohesion functions fulfilled by language, suggesting that since a myriad of people live in this territory, the Basque people do not exist. Certainly, these kinds of message provide the grounds for concrete political consequences.

Taking an international perspective and fostering cooperation with members of other minorized languages is no doubt an interesting pursuit, but would not it be more interesting to focus on learning from the peoples that have succeeded in the revitalization and normalization of their languages, e.g. Flanders, Estonia, Lithuania, Latvia, etc.?

The same interview above goes that they “have developed an ability to deal with new focuses and projects according to the needs arising, with commitment to the study of the innovative and comprehensive initiative Euskaraldia being one such case”. Events like Korrika, Kilometroak, Araba Euskaraz… and now Euskaraldia. We have held these kinds of events for over fifty years with a view to igniting awareness and motivation towards Basque, and it is noteworthy that in hindsight the Basques have shown an outstanding tenacity in this respect. However, the data available reveal a decline in language use. Paradoxical as it may seem, it is no big surprise; Basque language has become a decorative language. We need not look far just to see the treatment Basque is receiving in this period of coronavirus, with all real communication channelled through Spanish/French language, i.e. something does not exist unless it is stated in Spanish/French. Additionally, EITB, the public broadcaster born to bolster Basque, has actually turned into a perfect vehicle for diglossic bilingualism. Its television outlet ETB compels Basque speakers to speak in Spanish on interviews so that the audience in the Spanish language channel ETB2 understands it. There is a crystal-clear message sent to them that learning Basque is not necessary, while accordingly the indication for the Basque speakers is that their language is virtually useless. We have denounced this situation for years, to no avail so far!

In linguistics, a universal rule holds that for a language to perpetuate it needs to be instrumental to live somewhere. Right on the opposite side, the message sent to the citizens of the Basque Country by institutions highlights bilingualism in our society, despite knowing that it is a big imposture–there are no bilingual societies in the world–; they go on to emphasize that two languages are available, shamelessly omitting that one is just suffocating the other. All the same, EITB executives and our authorities are eager to jump to the spotlight in initiatives like Euskaraldia (the Basque speaking period), despite their duty lying at other levels of Basque language normalization, and being far from fulfilling it.

It is just about time Basque language supporters denounce this situation and demand answers, so that society knows that Basque is the language of our People and it will just vanish if it does not meet a number of requirements.