Home DARK OMENS FOR THE GALICIAN LANGUAGE: SOCIOLINGUISTIC SURVEY OF 2019 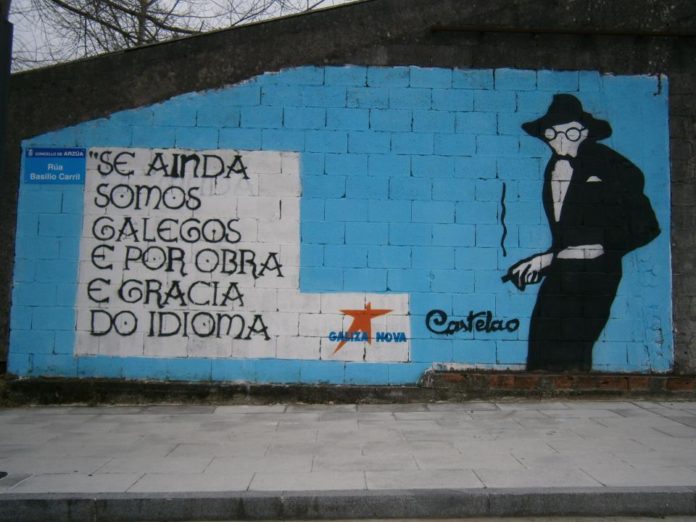 It was an open secret that the social use of the Galician language has dropped significantly in the last 30 years. The associations in favor of the language warned that the lowest rate of knowledge of the language is among children. And the sociolinguistic survey that was recently carried out (September 2019) by the Galician Statistical Institute has confirmed these dark omens: this survey displays worrying signals that set alarm bells ringing.

The general data is not bad and, viewed from Euskal Herria (the Basque Country), contains some that we would wish for: 57% of Galicians say they speak Galician very well and another 30% acceptably well. The percentage of those who do not know it or know it very superficially is only 12%.

But in relation to the age groups, the smallest (5-14 years) are the ones who know least how to speak Galician: 23.90% do not speak the language or speak very little. On the other hand, it is the oldest (over 65 years old) who know the language best, since in that group only 8% cannot speak Galician.

That is a curious fact, given that children (at least in theory) have contact with the Galician language in school. Although in most cases this contact is very superficial, as NAZIOGINTZA reported Marcos Maceira, the president of A Mesa Pola Normalización Linguistica  stating a couple of years ago: Interview with Marcos Maceira

Regarding the use of the language, 30% of the inhabitants say they “always” speak in Galician. Another 18% say they speak “more in Galician than in Spanish.” The proportion of those who speak always or more frequently in Spanish is therefore 52%.

But when examining the age groups again dark clouds appear: only 26% of children speak “always” or “frequently” in Galician. In the elderly that percentage is 73%.

The survey does not mention how many people are able to write in Galician but 16.6% usually do so while 82% write in Spanish. Among those who say they “always” speak in Galician, 36% almost always write in that language.

In social circles Galician is used mostly among friends (34% of the inhabitants always talk with friends in that language). On the other hand, with children’s teachers the percentage of those who always speak in Galician falls to 23%, less than with doctors (28%). A significant fact.

In 22.70% of Galician households, all family members always speak Galician; more in the provinces of Ourense and Lugo than in A Coruña and Pontevedra.

The knowledge and use of Galician is not uniform across Galicia. Among the cities, Galician is used more in Santiago (44%), Lugo (44.7%) or Ourense (33.5%) than in Ferrol (17%), Vigo (15.2%), Pontevedra (23 %) or A Coruña (20%). In Lugo and Santiago, 21% and 20% respectively speak “always” in Galician. In Vigo and A Coruña, on the other hand, the figures are 3.85% and 5%, respectively. By regions, Costa da Morte is the one where the language is most used: 92% always or frequently speaking Galician (Bergantiños, Tierra de Someira, Finisterre, Muros, Noya …); in the region of Melide (A Coruña) there are identical percentages, and slightly less (88%) in the south of Ourense and in the regions of eastern Lugo (Ancares, Fonsagrada…)

A factor that must be taken into account in comparison with Euskal Herria or Catalunya is that Galicia has always received very little immigration and this has prevented the erosion of the language. However, movements in defence of the language show their concern because knowledge of Galician is directly proportional to age. Certainly a worrying symptom for the future of the language.

P.S.: After writing this article, good news came from Galicia: the newspaper NOS DIARIO is already underway, since January 1. Congratulations, Galicia! A year ago we gave the news about the project of a new newspaper in Galician language: New galician daily in the pipeline