Home Opinion Collaborations THE KURDS IN TURKEY, A PERSECUTION WITHOUT CONTEMPORARY EQUIVALENT IN EUROPE

President of the Kurdish Institute of Brussels.

Derwich M. Ferho is president of the Kurdish Institute, movement for human and people rights in Brussels. Derwich was born in 1961, in a small Kurdish village near Midyat in Turkey. At the age of 17, he was forced to flee his hometown. The reason was a protest he organized for the murder of five Kurdish villagers by Turkish soldiers. He finally ended up in Brussels in February 1977. In 1978, together with six other young Kurds, he founded TEKOŞER, the Kurdish Workers and Student Community in Belgium. This organization was the forerunner of the current Kurdish Institute, which was founded in 1989. As one of the driving forces, Ferho ensured in this way that the voice of the Kurdish community is heard in Flanders and Brussels. In March 2006, Turkish militias murdered his father – the 85-year-old Ferho Akgül – and his mother – 80-year-old Fatma Akgül – in their native village (Mizîzex).

This article written by Mr. Derwich Ferho for NAZIOGINTZA, depicts the harsh situation of the Kurdish people in Turkey.

Since the establishment of the modern Republic of Turkey in 1923, wars and massacres planned and executed by Turkish state against the Kurds have resulted in the death of hundreds of thousands of Kurds, including major ethnic cleansing campaigns like those in Dersim (1937-1938).

When asking a Kurd in Turkey about which Turkish leader or an era in the country has been the most aggressive and hostile, one will be met with confusion. Nearly all Turkish leaders have clung tightly to the same policy concerning the Kurds – denial and war. Thus, it is both painful and difficult to compare the degrees of oppression suffered under Turkey’s various regimes. Bottom line, ever since World War I, Kurds in Turkey have been the victims of persistent assaults on their ethnic, cultural, religious identity and economic and political status by successive Turkish governments.

Dear reader, you already noticed, this will not be “an uplifting article”. The saddest thing about this article is that the situation I describe here beneath remains terrifying current. In terms of Turkish repression against Kurds, not a lot has improved over the recent decennia.

Turkey’s tyranny against the Kurdish people takes all forms. It suffices to focus in particular on both the cultural and political repression to get a clear picture of how the Kurdish identity is fully denied.

In Turkey, Kurds form one quarter of the population. Due to this large number of Kurds, successive governments have viewed the expression of a Kurdish identity through the prism of Turkish nationalism. Have a look at some concrete examples from Turkey’s near history. An official ban of the words “Kurds”, “Kurdistan” and “Kurdish”. An official ban on wearing typical Kurdish dresses, experiencing Kurdish folklore, or using Kurdish names. Arresting and imprisoning all people who dare to speak, publish, or sing in Kurdish. Prohibition of the use of Kurdish language in public and private life (following the military coup of 1980).

It is not because some of those oppressive measures nowadays no longer exist, that all discrimination against the Kurds ended. Take education for example. The only recognized language in public schools is Turkish. In case of a private school initiative, the Turkish state will do everything it can to make its live economically miserable, so that it eventually need to close the doors.

The repression and intimidation is so intense that many Kurds dare to speak their language among family and relatives. Even in European countries, a similar fear is detectable. Quite some Kurds that fled from Turkey to the west of Europe will deny their identity, language and culture, purely out of fear of bullying, exclusion or persecution by a Turkish diaspora.

Under the Erdogan-regime, freedom of speech and freedom of press is severely curtailed. To silence any Kurdish voice, media outlets have faced increased pressure. The very last Kurdish newspaper had to close the doors in 2018. This newspaper “Welat” (which means “Homeland”) was shut down by a government decree passed under Turkey’s state of emergency. Since the three-decades-old war between the Turkish army and the Kurdistan Workers’ Party (PKK) in the predominantly Kurdish southeast restarted in 2015, many of the brave Kurdish journalists have been arrested, detained or killed. Hundreds of legal cases were opened against them. Recent figures proved that at least 64 journalists are imprisoned.

When it comes to politics, it takes a lot of courage to be a member of a Kurdish political party. The current situation in Turkey remains exceptionally difficult for Kurdish politicians, as authoritarian President Recep Tayyip Erdogan has eliminated all checks on his power and persecutes Kurds within Turkey’s borders, filling the country’s prisons with real and perceived enemies and focusing his rage on members and supporters of the pro-Kurdish Peoples’ Democratic Party (HDP).

Allow me to provide you a brief summary of the sad truth and some figures: the removal of HDP mayors from their office and replacement by regime accomplices (83 mayors in 2014, 48 mayors in 2019), and the arrest and imprisonment of HDP politicians; more than 4000 chairpersons, deputies, parliamentarians, mayors and members are imprisoned.

Recently, the so-called Kobani trial started in Akara. Turkey has put 108 HDP politicians on trial in what critics say is a politically motivated “revenge”. They are charged with offences such as “attacking the integrity of the state”. Obviously, what comes up repeatedly is the accusation of “links to terrorism”. Prosecutors are seeking multiple life sentences and thousands of years in prison.

Oppression and persecution of Kurdish politicians is carried out through various official and unofficial institutions, including not only the military and police services but also state-sponsored organized crime syndicates. Even the Turkish mafia has a history of involvement in political assassinations. It gets even worse. Due to recent testimonials from an infamous Turkish mafia leader, proves are now available that the Turkish mafia maintains ties with the Turkish intelligence (MIT), the country’s defense establishment, and Turkey’s powerful National Security Council.

Erdogan is meanwhile also pursuing campaigns of unprovoked military aggression against Kurds in Syria and Iraq as well. As a matter of fact, Erdogan’s governance becomes recognizable. When the economic situation in Turkey declines, it is time to start a war on Kurds at home and abroad. That seems the most adequate way to distract the people from his governing failures.

The crimes perpetrated by Turkey against the Kurdish people, in all of their absurdity, brutality and severity, amount to horror stories nearly beyond belief. Indeed, the denial of Kurdish identity and harsh persecution of the Kurds, the world’s largest nation without a state, are founding pillars of Turkey’s state identity and ideology – part of the Republic of Turkey’s past, present, and most likely, future.

The persecution of Kurds is without contemporary equivalent in Europe, yet is condoned by the silence of Western powers who continue to furnish Turkey with military and economic aid. Kurds obtain no support, not on a regional nor international level. “No friends but the mountains” is an old Kurdish proverb that still applies.

Yet, I would like to close this article on a positive note. Almost every foreign observer who closely followed the predicament of Kurds in Turkey will agree on the following: they discovered ‘a flame that will never fade’. Despite the severe repression and all the injustice that the Kurdish people has suffered, they dispose of an unwavering enthusiasm. The international community must realize that Kurds will continue to stand up and fight for their identity and the right to self-determination. 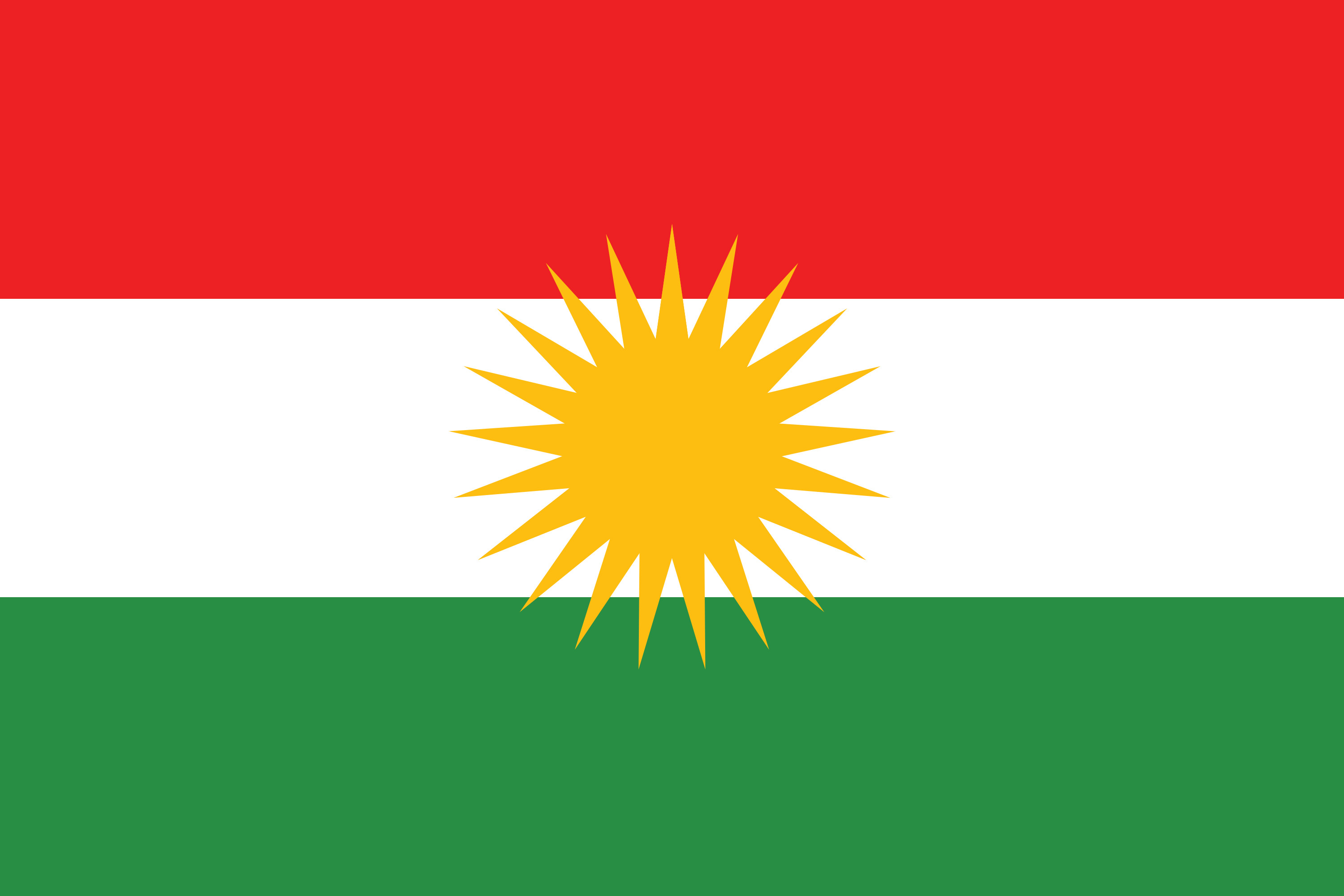