Home Opinion Topic for reflection THERE MUST BE NO MAP OF THE BASQUE COUNTRY IN SCHOOLS IN...

At NAZIOGINTZA we publicly and energetically denounce attacks on the Basque Country in the linguistic, cultural or national sphere. And we do it through this website. We collect the testimonies that come to us to inform you, because we believe that knowledge of these regrettable acts is essential for raising awareness.

Amaia (the name is fictitious, because she wishes to remain anonymous) is a pedagogical consultant in the field of Basque Language and Culture in bilingual schools in the Northern Basque Country (under French administration). Five years ago she had an incident with a French education inspector which she told us about. This is her testimony:

“The discussion I had with that remarkable inspector was five years ago. Now that inspector is retired.

The conversation took place during the inspection of a teacher who taught in Basque in a class of the bilingual model. My role in that inspection was to translate into French for the inspector what the professor was explaining, as well as the material he was using.

That teacher had a map of Euskal Herria hanging on the classroom wall.

Seeing that map, this is what the inspector said:

“This map is incorrect from a geographical point of view. Here Euskal Herria (the Basque Country) appears as if it were a single country, and this is not correct. Euskal Herria is not a country, but a territory that belongs to Spain and France.

“The Basque Country is not an island (like Corsica) and therefore it cannot be taken out of the context of the nations in which it is located. ”

I responded to that that for the teacher that map did not have a geographical intention, but a linguistic and cultural intention. In other words, the map expressed the territory where Euskera is spoken and the territory in the field of Basque culture.

“If we retrieve those old nationalist programs… ..etc, etc … this map and its way of approaching the issue are not in accordance with the values ​​of the republican school”

In other words, in the French educational system, having a map of Euskal Herria in a classroom in the Northern Basque Country is taken as an attack on the French republic. For those chauvinists and Jacobins, “le Pays Basque” has been a totally French territory since the time of Joan of Arc, yes, with a slightly peculiar folklore, but nothing more. The French school must educate citizens in Jacobin values ​​(“aux valeurs de l’école républicaine”) 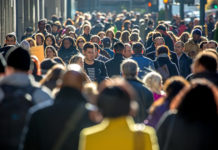 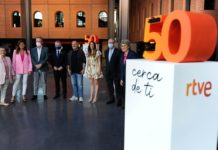