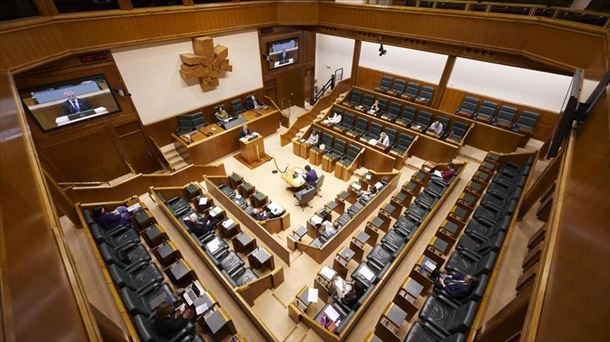 The elections to the Parliament of the Basque territories of Araba (without Trebiño), Bizkaia and Gipuzkoa will be held on July 12. Taking advantage of that important appointment with the ballot boxes, we want through this Editorial to make a series of requests to the political parties and coalitions of abertzales (Basque patriots).

The first request and the most important, is that in this electoral campaign they do not forget the Basque national agenda (the situation of our language, self-determination, Basque territorial unity, the needs of the Basque sports teams, demographics …). We do not minimise the importance of other social issues — far from it — (even less following the difficult crisis caused by the coronavirus) but we cannot fall into the trap that Spanish politicians set for us (“we are going to deal with issues that really concern citizens, and not with self-determination…. ”) and marginalize Basque national issues. As colonized peoples who lack sovereignty we would be following a suicidal strategy were we to ignore our situation; that is, were we to forget that we are nations in danger of disappearing. We know that the Spanish political parties in these Basque elections will repeat the same themes that they would if we were in Spain, ignoring our national reality; will the Basque nationalist political parties do the same?

We will detail the topics to which we refer by sections:

About ETB (Basque Public Television): It is necessary to provide more resources for the Basque language channel of Basque Public Television and to make a firm commitment to that channel, improving its programming to increase its low audience. In both main television channels of ETB, more programs with content that reinforce Basque national identity should be introduced, since in many of their programs references to our own cultural are currently totally marginalized. And of the four current ETB channels, in three of them at least the Basque language should have absolute priority, the fourth being a television channel in Spanish but in which the Spanish-speaking public would also have access to Basque cultural content.

Will someone propose that if they achieve an absolute majority in the elections of July 12, steps will be taken to exercise the right to self-determination? Will the right that the Basque Parliament proclaimed twice be put into practice? The most skeptical will tell us that the Spanish State does not admit the right to self-determination, but its Constitution, through articles 10 and 96, allows it (see this link:: https://www.naziogintza.eus/en/the-lies-and-disobedience-of-the-imperialists/). On the other hand, as the UN (United Nations Organization) mentions in several of its treaties, self-determination is a universal right, which does not require authorization, since it is linked to human and peoples’ dignity and therefore ranks above any legal provision of the states. And in this pre-electoral environment we want to remind Basque nationalist political parties that despite the fact that the Canadian Constitution does not accept the right of self-determination, Quebec exercised it twice; as did also Catalonia, on October 1st 2017.

3.-) National sports teams: We request that the Government of the Western Basque Country take practical steps and guarantee its full support and assistance to sports groups and federations that want to compete internationally under the Euskal Herria brand. According to current communication models, the international presence of the Basque Country, knowledge about it and recognition, to a large extent, are linked to having its own sports teams.

5.-) Demography: firmly adopting demographic policies to overcome our low birth rate, helping young couples through social policies to have children (social housing, balancing of work and family life, decent wages, …). The demographic challenge is enormous, and the Basque nationalist political parties do not properly address this problem, in our opinion.

Basque nationalist political parties should also start to think about the Basque diaspora, about the Basques who keep our language and culture alive abroad, or those who are learning it, opening up the possibility of returning to the Basque Country

Along with that first request referring to the national agenda, we also make a second request to the abertzale (patriot) parties: since it seems that no political party will achieve an absolute majority in these elections and that therefore it will be necessary to make alliances and pacts, we clearly choose the option which according to the polls is preferred by Basque citizens: the alliance between the PNV (Basque Nationalist Party) and EH BILDU. An alliance between Basque parties, to confront the program of the Spanish unionist parties. For this reason, we would like the logical electoral competition not to seriously damage relations between the two aforementioned nationalist parties.

Finally, we ask PNV and EH BILDU to transmit their opinion on the requests we make of them in this letter. We believe that ignoring these requests would cause many Basque patriots and independence activists to feel like orphans politically. The formulas of the last 40 years are exhausted and lead us to frustration. We need exciting political proposals, a qualitative leap in Basque politics. It is time to make concrete commitments, with coherence and boldness, to provide content for the words “Basque Nation”.