Home NAZIOGINTZA IN THE NATIONAL FESTIVAL DAY OF FLANDERS 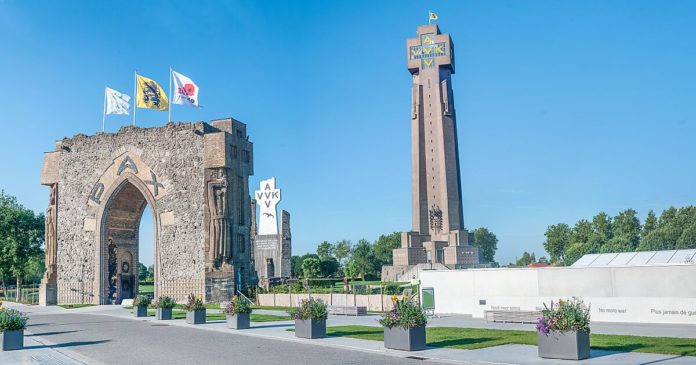 Since it was created in 2017, the Group Naziogintza has kept forging a network of relationships with other nations. These friendly nations get information on Basque nationalism by means of that network of Naziogintza in the English language website, while we gain insight into their national circumstances. Our readers can get updates on the stateless European nations in the international section of our website (https://www.naziogintza.eus/en/international/)

Our friends in the Flemish Vlaamse Volksbeweging  invited us to their National Festival Day (Guldensporenslag), with a delegation of Naziogintza attending and participating in it. We set out on 9 July in the town of Koksijde, engaging in conversations with members of the local Vlaamse Volksbeweging (VVB) that included two Flanders MPs. Next, we headed to the town of Diksmuide in order to get to know the national monument of Flanders, the enormous Yser Tower (in Dutch:  Ijzertoren). A friend informed us that in the past this place was a gathering point for Flemish nationalism. Interestingly, in 1974, these fields bore witness to a speech delivered by the Basque nationalist leader Telesforo Monzon, who addressed a crowd of 100,000 people in Basque language. Language did not prevent the Flemish from giving a warm reception to Monzon’s address.

The following day in the afternoon, we participated in an event held in the city hall of Bruges, which usually takes place on the eve the National Festival Day. The event was attended among others by the president of Catalonia Carles Puigdemont, who delivered a splendid speech emphasizing the deep connection between language and nation. When the event was over, we could greet Puigdemont and expressed the Basque solidarity to him. Later on, the attendees of the city hall event headed to the main square of Bruges, the Market Square, in order to pay tribute with flowers to the Flemish heroes Breydel and De Coninck in their memorial. We handed over a bucket of flowers and an Ikurrina (Basque flag), with our group making up for one of the 20 groups offering flowers.

On 11 July, we departed to Brussels to celebrate Guldensporenslang there. We received an invitation to attend an event organized at the city hall of Brussels. We later participated in an activist political meeting held in the Drukpersstraat organized by left-leaning pro-independence groups VVB and  MEERVOUD. In representation of the Basque Country, we delivered a ten-minute speech, highlighting the bonds between Flanders and Basque Country and the necessity for national independence. During the event, we could discuss with two local representatives of TAK, the movement in support of the language.

We the Basques have a lot to learn from the Flemish nationalist movement. We are wholeheartedly obliged to them, since they always remained on our side in the toughest moments of our contemporary history, as pointed out in our speech.

Many thanks indeed to both VVB’s president Hugo Moes and the party’s former chief head of the organization Steven Vergauwen for the warm support and reception received. 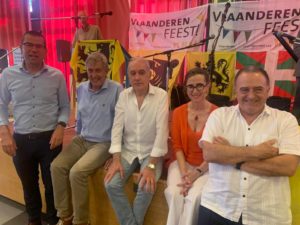 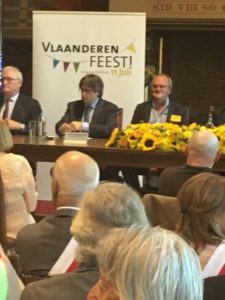 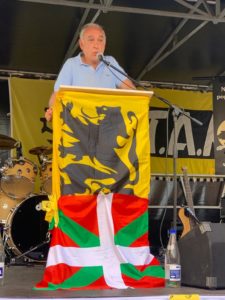 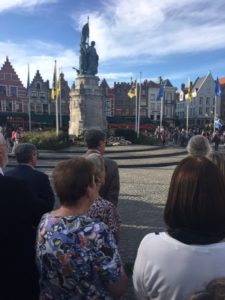 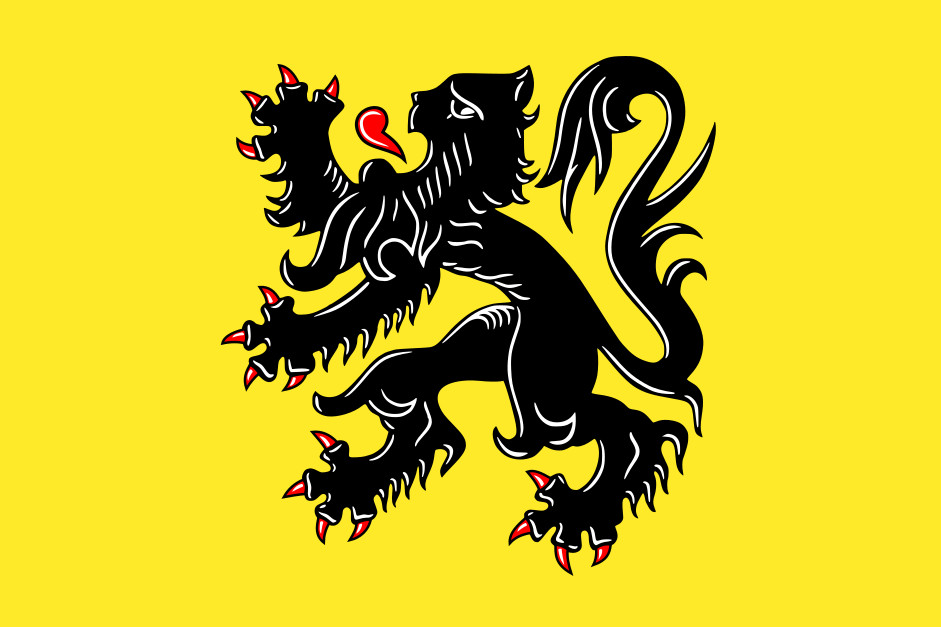