In the process of recovering and normalizing our own language, we Basques should look at certain models: that of Flanders, for example, where Flemish nationalists managed to reverse the hegemony that French enjoyed at the end of the 19th century, imposing Dutch; or that of Israel, which managed to revive a dead language such as Hebrew (this does not mean that Israel is a model in other areas, such as that of human rights, for example); or that of Finland, which knew how to successfully cope with the hegemony of the Swedish language; or that of Catalonia, which has the most active language among the minority languages ​​of Europe and has known how to make it an instrument of social cohesion; also that of Quebec, which we will analyze in this article.

Attempts to impose the English language on present-day Quebec lands began in the 18th century and with those the linguistic conflict began too. In 1763 the “Royal Proclamation” proposed a veritable assimilation of the French-speaking people, by imposing the English language and laws upon them. A little later, however (in 1774), the so-called “Quebec Act” annulled these drastic measures, and granted linguistic and religious rights to the people of Quebec.

When the state of Canada was created in the 19th century, Anglophones again attempted to marginalize Francophones and attempted to make the English language the only official one in Canada. French teaching in schools was banned. This was a cause, along with a massive immigration of Anglophones to Canada throughout the 19th century, of English speakers becoming the majority in all the provinces of Canada, except in Quebec.

Since then, French-speakers in Canada (who are the majority in Quebec) have struggled to maintain their identity, mainly in the linguistic and religious fields (the Quebecois are of Catholic religious culture, while the English-speakers are Protestants). But the increasing secularisation of society has made language (and not religion) the main hallmark, so that any threat to the French language is perceived by Francophones as a threat against them. French is threatened by several factors: Ottawa’s central government is Anglophone; the geographical proximity of the powerful United States works in favor of English; Quebec’s large companies, businesses and banks are under the control of an Anglophone minority; and the current Cultural globalization undoubtedly enhances English.

In the 1960s, important transformations took place in Quebec, known as the The Quiet Revolution (“Révolution Tranquille”, in French). Those transformations brought about the modernization of Quebec, and also reached the linguistic level. In those years the national feeling of Québec was strengthened, and in 1968 a political party that would have a great influence on local nationalism appeared: the Quebecois Party (Partit Québécois)

Seeing the unity of Canada at risk, the Federal Government gave French a prominent place in Canada’s legal system: in 1969 it passed the Official Languages ​​Act, which gave the status of official languages ​​to both French and English throughout Canada .

But the Quiet Revolution demanded profound changes. And as Herbert McNaught explains very well, that revolution intended “not only the end of archaisms and corruption in Quebec, but also the end of economic and cultural domination by Anglophones.” In fact, in those years Quebec’s French speakers had two very worrying threats: on the one hand, “allophone” immigrants (that is, those who spoke neither French nor English) sent their children to English-speaking schools rather than to French-speaking ones. If we add to this that the birth rate of francophones decreases more and more, the francophone majority in Quebec could be threatened in the medium term. On the other hand, French had a subordinate position with respect to English in the social and economic sphere, and francophones, despite being the majority, had a lower income level than Anglophones.

For all these reasons, when the Partit Quebecois came to the Quebec government (in 1976), in addition to taking steps to exercise the right of self-determination (in 1980 the first referendum on self-determination was held in Quebec), it also addressed the linguistic issue, passing Law 101 or the Charter of the French Language in 1977. In addition to proclaiming French as the only official language (thereafter it would be the only language to be used in the public administration), this Charter also focused on the world of work and economics, with a very clear objective: to ‘Frenchify’ the world of business and commerce. For example, all companies with more than 50 employees had to have French as their working language and professional associations could only grant licenses to practice to those professionals who were accredited at an adequate level of French. Regarding education, the Law said that both in public (i.e state-funded) and semi-public schools the language of instruction would be French, allowing certain exceptions to that rule.

Quebec Law 101 was clear and precise: there was no place for bilingualism in Quebec. French should be the main language in all social spheres, since bilingualism operated against it and benefited English. And for this, of course, certain linguistic rights should be limited to Anglophones. Obviously, the Canadian courts lashed out against that law on more than one occasion but those disputes did not shake Quebec nationalist politicians of their strong language convictions.

Today the inertias in favor of English Law 101 have been overturned: the children of immigrants study in French, the world of work (especially in large companies) has become French and the French language has achieved great social prestige. In the city of Montreal, however, the pro-English inertias are evident, and it can be said that Quebec’s linguistic future is largely at stake there.

On the other hand, it is evident that the governments of Quebec apply the principle of territoriality in their linguistic policies, as in Belgium or Switzerland. According to the territoriality principle, all inhabitants of a territory must use the official language of that territory in their relations with the public administration, and their children must be schooled in the official language of that territory, having the right to use other languages ​​in the private sphere.

Despite the obvious sociolinguistic differences, we must learn from the Quebec model. There the process of standardization of French has rotated and does rotate around three axes: public administration, education and the world of work. Here we have taken steps on the first two axes (still incomplete), but the third axis has not been touched. Does anyone believe that it is possible to achieve the social normalisation of the Basque language without proposing and applying measures in the world of work, commerce and business?

EPILOGUE: In addition to French and English, other languages are also spoken in Quebec by indigenous communities. The government of Quebec was the first to recognize these indigenous Peoples’ identity, language and culture. Act 101 recognizes the right of Amerindians and Inuit to know and use their own language. Despite that, the future of these languages is not guaranteed. 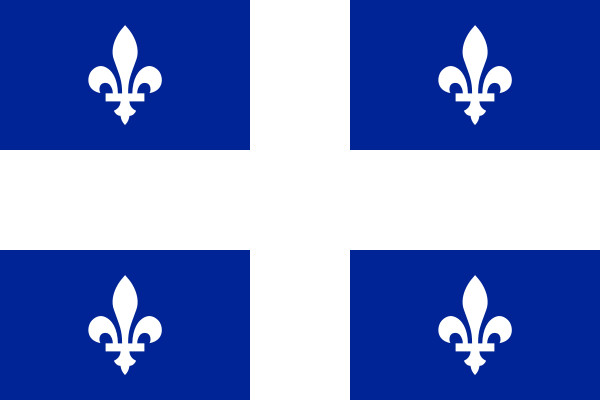