Home Opinion Topic for reflection DOES ETB-1 ASSIST THE NORMALISATION OF EUSKERA? 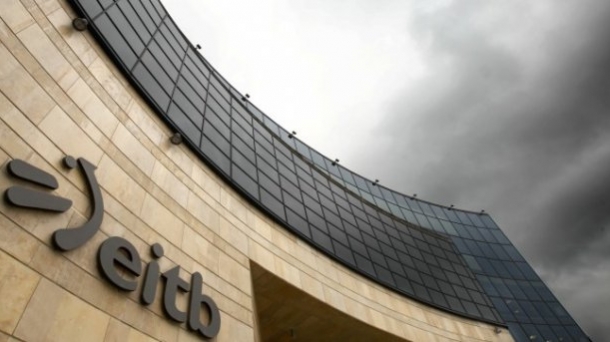 Can a minority language be normalized when it is impossible to watch movies or TV series in that language? Can a television that does not broadcast fiction say that it covers all the spaces – formal and informal – necessary for the normalization of Basque? That is, can you say that it is an integral television channel?

We noted great deficiencies in the programming of ETB-1 (Basque public television channel that broadcasts entirely in Basque). Using the terminology of Joxe Manuel Odriozola, one can say that ETB-1 is an ethnic but not a national television service; a channel that presents traditional Basque culture as an eccentricity, not as the classical culture of a nation; that hides the political dimension of culture and that confines itself to reporting anecdotes of social life. Though we are an oppressed people ETB-1 at the most promotes an ethnic Basqueness with its programming, having nothing to say about colonialist politics. And all this to the detriment of a national Basqueness. This means, in practice, that the Spanish language is prioritized in hegemonic social functions, while relegating Basque to local and purely informal functions. Faced with the language that fulfills the national functions of Spain, ETB-1 wants us to believe that our language is only valid for subordinate functions, and acts according to that principle: it is only necessary to see the chasm between ETB-1 and ETB -2 (the latter is the Basque public television channel that broadcasts only in Spanish) in relation to its programming to realize the aforementioned.

NAZIOGINTZA has examined the programming of 6 television channels in the Spanish state for a period of 14 days (from November 28, 2019 until December 11), without counting program repetitions. ETB-1, ETB-2, Television de Catalunya (TV3), Television de Galicia (TVG), ANTENA 3 and TELE 5 were the channels examined. The first four are public television services and the last two, private. And the data leaves no doubt: of all the televisions analyzed ETB-1 is the one that is farthest from being a “generalist” television. Let’s see why:

FICTION: The shortcomings of ETB-1 in terms of fiction are enormous. It is almost a miracle to be able to watch movies or TV drama series in Basque. During the time period analyzed, ETB-1 was the channel that broadcast the least fiction: only 3 programs (one film and two GOAZEN series programs) in two weeks. On the other hand, ETB-2 (Basque public television in Spanish) aired 17 fiction programs, TV3 aired 25, TVG 16, ANTENA 3 aired 60 and TELE 5 programmed seven. It is clear that professional dubbers in Basque have a rather bleak future.

CULTURAL PROGRAMS: Galicia Television (TVG) is the channel that broadcast the most cultural programs in the period analyzed: 14, while ETB-1 was the second, with eight. TV3 was the third, with five and ETB-2 the fourth, with four. And in the private chains (TELE 5 and ANTENA 3), not one.

REPORTS AND DOCUMENTARIES: Among the public broadcasters, TVG and ETB-2 were the leaders in this category: seven. ETB-1 broadcast five and TV3, four. Private television networks screened none.

GENERAL CULTURE COMPETITIONS: Again ETB-1 had the biggest shortcomings in this area, as it was the only channel that did not broadcast a single general culture contest. We miss that contest that a few years ago, MIHILUZE, that was so successful. The rest of the channels that we analyzed broadcast contests almost daily, with Galicia Television (TVG) doing the most (22).

The numbers do not lie. Those responsible for programming ETB-1 may continue to think that Basque speakers are allergic to movies, television drama series or general culture competitions, and that culinary programs and Mariachis on Saturday nights excite us . But they should remember that the main function of ETB is to be an effective tool for the normalization of Basque, and that it was created for that. And that the current programming of ETB-1 does not fulfill that objective, because ETB-1 is far from being an integral channel. 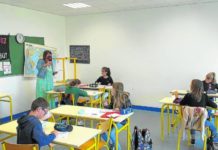 ABOUT THE BASQUE NATIONAL SCHOOL (PART 1) 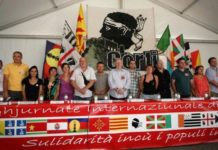 ON THE FUNCTION AND ESSENCE OF THE NEW “EUSKAL HERRIAN EUSKARAZ”

40 YEARS ON AFTER TELESFORO MONZON’S DEATH

WHAT WOULD THE BASQUE COUNTRY WIN LOSING ITS IKASTOLAS, THE OWN...

BASQUE FLAGS IN THE HARBOUR OF GETARIA

THERE MUST BE NO MAP OF THE BASQUE COUNTRY IN SCHOOLS...

ABOUT THE BASQUE NATIONAL SCHOOL (PART 1)