Home Our initiatives THE CITY COUNCIL OF AZPEITIA, IN FAVOUR OF THE BASQUE REPUBLIC 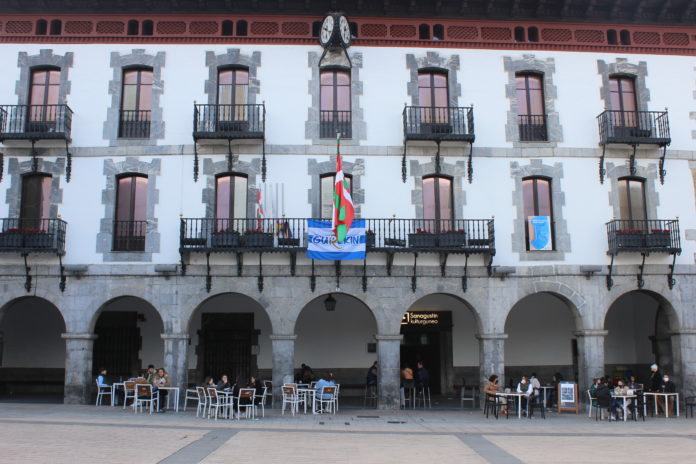 We have mentioned on more than one occasion that the desire for a Basque Republic is not new in the Basque Country. Witness that 90 years ago a number of municipalities in Bizkaia and Gipuzkoa provinces approved a motion calling for a Basque Republic for our nation. That historical event has been hidden from us for years, which is why today few people know about it. To reverse this ignorance, three years ago we published an Editorial on this topic: https://www.naziogintza.eus/en/april-14-long-live-the-basque-republic/

Azpeitia City Council was one of the pioneering city councils that demanded a Basque Republic in April 1931. All the political parties represented in the city council on that date approved the motion in favour of the Basque Republic. Our group NAZIOGINTZA, on the occasion of the 90th anniversary of this event, wanted to organize the Basque Republic Day in Azpeitia. Unfortunately, the evolution of the pandemic has frustrated that intention of ours, but if everything goes well we will organize it in 2022.

For this reason, this year we have decided to present a motion in the city council in favour of the Basque Republic, so that the current councilors ratify that motion from 90 years ago, which demanded a Republic of its own for our People. Basically to express that the desire for a Basque Republic has not been extinguished but, on the contrary, that demand is fully alive today.

It with satisfaction that we note that the motion which we have presented has been approved unanimously, as it was 90 years ago. For this we wish to thank the political groups of EH BILDU and PNV that on this occasion have been able to put aside their political rivalries and give priority to the national question, that they have been able to put our country before their particular interests.

This is the text of the motion that has been approved:

“On April 17, 1931, the Azpeitia City Council unanimously approved the motion in favour of the Basque Republic in an extraordinary meeting. The Spanish monarchy had just fallen, and in that provisional situation the political representatives of Azpeitia clearly expressed that they wanted a Basque Republic for Euskal Herria, also mentioning the right to self-determination. Then they informed the Spanish government of that decision.

To remember that historical event and to recover our historical memory, the current political representatives of the Azpeitia City Council, unanimously, ratify today that claim made by our predecessors, and we demand a Basque Republic for the Basque People. The chain has not been broken.”

News of our initiative in the Basque newspaper BERRIA: 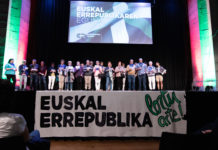 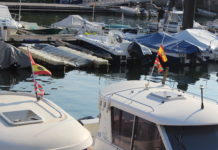 BASQUE FLAGS IN THE HARBOUR OF GETARIA 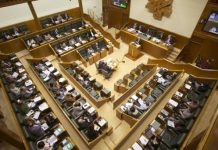